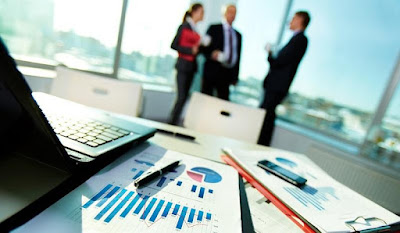 The Geopolitical Reasons may be many of you will ask what just it means.

But Geopolitical reasons are all reasons to have movements on the market caused in real-time by speeches and interest of some key people around the world, as Presidents, Finance Ministers, Presidents of Banks and key cooperation’s. All sudden events happen around the world.

The terrorist attacks by 11th September 2001 are also geopolitical reasons that caused big movements on the forex markets. To geopolitical analyses also come events as agreements and contracts among countries organizations, companies, worldwide events like natural disasters terrorist attacks, earthquakes, fires, floods, and so on.

All events caused as geopolitical could have serious influence over the market for a long time ahead, but with sure for a very short time, the event causes big movements on the markets. It is necessary for every trader before to start to trade to follow the world news using some news agency like CNN and Bloomberg and every news to come in real time to him. The fast reaction on the forex market is the most important for success.

Never leave the news to go out without paying attention at least to the headlines. Waiting and watching every scheduled speech of people like presidents, finance ministers, and other key people like Alain Greenspan. They always tell hide words to the markets that will follow their words further.

The forex market is and the most dynamic market, every professional trader is the person who knows everything that happens around the world (events that could cause movements on the markets).

Why is so important to follow such news? Let’s take one example. There is an attack over pipeline of oil somewhere in the world (Iraq, Libia).

This attack on the pipeline if it is serious and is causing serious damages it could delay important supplies for some economies. This economy will have a deficit of oil for short time and will be necessary to search for new ways to deliver the oil in the country.

The new ways and new company delivering the oil will make the expenses higher and the country will separate more money for oil supply. Giving more money for something not planned in the budget will cause a deficit for short time and that deficit will cause the national currency to be weaker. Such examples could be given much. So never go to trade without a real-time news agency around you!

There are many people who want to see the currency trading at the level where they want to see it. But only a few people could do that what they want. They could try and succeed but not always in maximal. First of all the Finance ministers could do what they want, even without flooding the market with big sums.

They simply said in an interview with them that won't do happen something and their words are supported knowing that they could flood the market with some bought and sold of currency to make the desired level of the trading.

Such movement on the market is very useful when some country management wants to improve the economy or to do some new rules and to put in some levels the economic growth of the country. Many countries want to see their currency weaker.

In this way, they will increase the export of the country-based manufactures and make the growing reality in the near future. The economic development of all countries passes through growth and fall off. When the countries go to strong growth the management of the country wants to decrease the power of the economy and by this way want strong national currency.

And when the country is in fall then the management wants weak national currency to make the exporters competitors on the world market. Other peoples also have an interest in moving the market to one or another level.

For example, see just you. If you have at the moment euros, but you have to pay somewhere in dollars and the euro is a weak currency then you will lose too much. In this way, the big companies trading on the world market also want to move the market and by this currency, differential to win, because the difference on the currency market is too much.

For example, the EUR/USD trading range by average 0.83 to 1.19 is equal to $ 0.36 lose for every dollar or for $ 100 000 the loss is $36 000. So the big companies are ready to come on the market and to game with big money to move the market to the level that they want. Therefore is important to know and to watch all reactions by the companies.

One of the end steps on the forex market is the intervention. For minutes you can make millions or for minutes even second to bankrupt. Many traders are doing that and many will do that if not use the main rules on the forex market. Never trade on the market without stopping losses. You can leave take profit level open, but always place stop losses. One example by the near pass will show to you what risk takes any trade without to place stop losses.

One of the biggest massive interventions on the forex market was by September 2000 when the European Central Bank together with the Bank of Japan and some American banks make a strong intervention. Then we trade USD/DEM and by the level of 2.2950 the trading move to 2.21 for only fifteen minutes.

But the forex market and is the riskiest and the big risks are the sudden interventions. The interventions are happening rarely but happen once they make serious movements on the market. At least 100 pips is the movement on the market by one intervention and an average of 150/160 pips movement by intervention done by the biggest banks like the European Central Bank, Bank of Japan Bank of England, and the Federal Reserve.

The companies also intervene in the market to realize their interests. But they if make a big movement on the market it not happen for a short time how it happen if intervention ECB, BOJ, BOE, or the Federal Reserve.

Slowly recovery to the recent level could follow. Then the next intervention level could be different. The strategy used by the Central Banks to intervention is to use the good technical moments to support the intervention and by not big traders.

The most important conclusion from this lesson is to understand that interest moves the market, and the key speeches of top people and combined with the interest have a big influence over the movements on the market.

To be in a step with all events by this kind the traders could watch and follow the news live, providing with them live news agency.